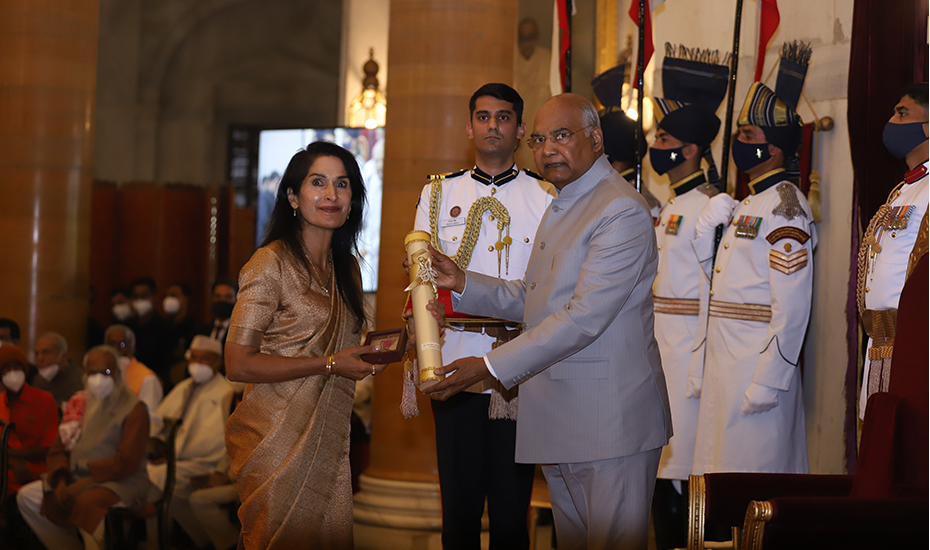 The president of India Ram Nath Kovind has posthumously conferred the Padma Vibhushan, the second-highest civilian award in India, to Dr. Narinder Singh Kapany, on 9th November at the Rashtrapati Bhavan.
Dr. Kapany, who passed away last December at the age of 94, is known as the father of fiber optics. A scientist, academician, entrepreneur, passionate collector of Sikh art, and philanthropist, he received the award in the science and engineering category.

Kiki Kapany, his daughter, received the award and thanked the Government of India, saying that the family is still comprehending “how deeply he touched so many lives and how he laid the groundwork for so many to know that they could also reach for the stars.”