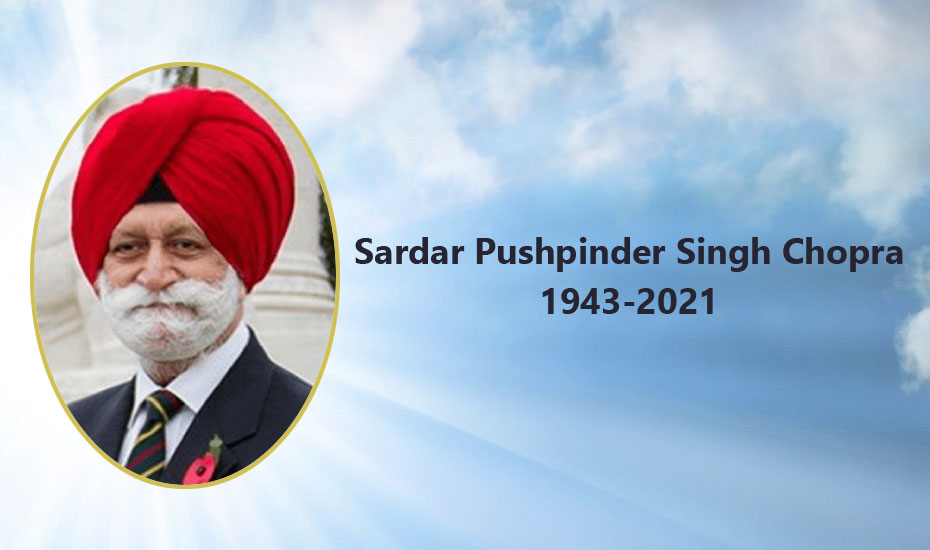 Pushpinder Singh Chopra (1943-2021), a bundle of energy bubbling with ideas—it is hard to write about him in the past tense. Yet, I must, because he is no more, another victim to the invisible enemy that is Covid 19, even as his wife Deepak, battles on.

A decades-long friendship and association is hard to sum up in a few words. A bon vivant, who lived life well, Pushpinder was a warm host and had a tremendous zest for life.

A proud product of the Doon School, where he was School Captain, Pushpinder seemed to known everyone and had a talent for putting together people and projects that he felt needed to be done.

He had graduated from Government College, Chandigarh. He worked with Gillanders Arbuthnot & Co Ltd in Calcutta, and later with Rallis, where he quickly made a name for himself. However, he would leave it all to devote time to his first love, aviation. He also headed Daimler Benz Aerospace in India.

For over four decades, since 1966, he had been engaged in researching, recording, and writing on the Indian Air Force, focussed on its history from the foundations till the present, virtually becoming the historian-emeritus of India’s air arm. His books and papers on strategic issues are well known, not so well know is his role in the well-deserved recognition of Marshal of the Indian Air Force Arjan Singh.

He was the founder-editor of the well-regarded journal ‘Vayu Aerospace & Defence Review’, which is in its 44th year of publication now. Avi and Anne Sodhi were an integral part of Vayu.

His passion for the aerospace world and his journal took him places, especially to various international air shows, at some of which ‘Vayu’ would go on to win awards.

He was always a phone call away whenever a journalist wanted to check a fact, and you could rely on him, as I often did, to have the correct information on his fingertips. He also wrote books about the Indian Air Force, of which he was an unofficial historian. He co-authored ‘The Indian Air Force and its Aircraft: I.A.F. Golden Jubilee, 1932-82, and wrote ‘History of Aviation in India: Spanning The Century of Flight’ (2003).

A project that brought him joy was ‘1947, A Soldier’s Story’. It narrated his father’s experiences while heading the Wagah border post at the time of Partition. Major General Mohinder Singh Chopra (then Brigadier) had left written notes that Pushpinder turned into a book. General Chopra (1907 – 1990)

Major General Mohindar Singh Chopra was a King’s Commissioned Officer of the Indian Army. After retirement, he became India’s Ambassador to the Philippines and Taipai (as Taiwan was known). Later, he was Director, National Institute of Sports, Patiala.

Pushpinder founded ‘Nishaan Nagaara’, to highlight Sikh issues and heritage in April 1999. The inaugural issue was released by Dr Manmohan Singh. My friends, Dr Inder Jit Singh of New York and Bhayee Sikandar Singh, guided the magazine, which is seen on many a Sikh home.

Pushi, my friend, we will remember you fondly and miss you a lot. You left your Nishaan in this world.

In remembrance
Roopinder Singh
Roopinder Singh is an Indian journalist and author of 5 major books. He retired as the Senior Editor from the Tribune, published from Chandigarh.