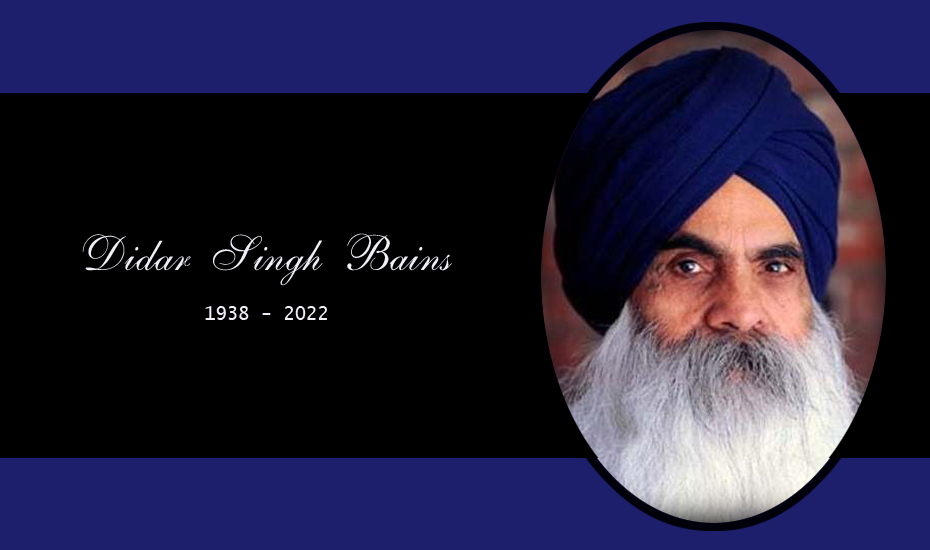 S. Didar Singh Bains who was a living legend has passed away.

I came to know him through Yogi Bhajan and during his visit to India  in 1983 he was an honoured guest in Rashtrapati Bhawan.

He was a towering personality and fully devoted towards Sikh cause. After the sad army attack on Golden temple  Bains led the protest marches at many places in the USA. He was made the Chairman of the World Sikh Council. Because of that, he was debarred from visit to India.

When I was in Los Angeles during the Olympics I went to his village Yuba city. He picked me up from the Airport and we spent hours to see his agriculture farm which was in miles.  I met his wife, a Mexicon who was controlling all the farms. I spent two days with him and remember how his young son at that time showed his anger against Indra Gandhi for the Army attack.

He at that young age gave me a letter addressed to PM in very harsh language.

It was the kindness of Sh. Narsimah Rao, Prime Minister who cleared his file and allowed him to visit India.

Once I organized his meeting with Sh. Atal Bihari Vajpayee. During my last visit to San Francisco, he was to come for the Museum inauguration but informed me on the telephone of his inability due to some reasons.

I pay all my respects to such a good friend a known philanthropist who got his name inscribed in Gunnies Book of Record.