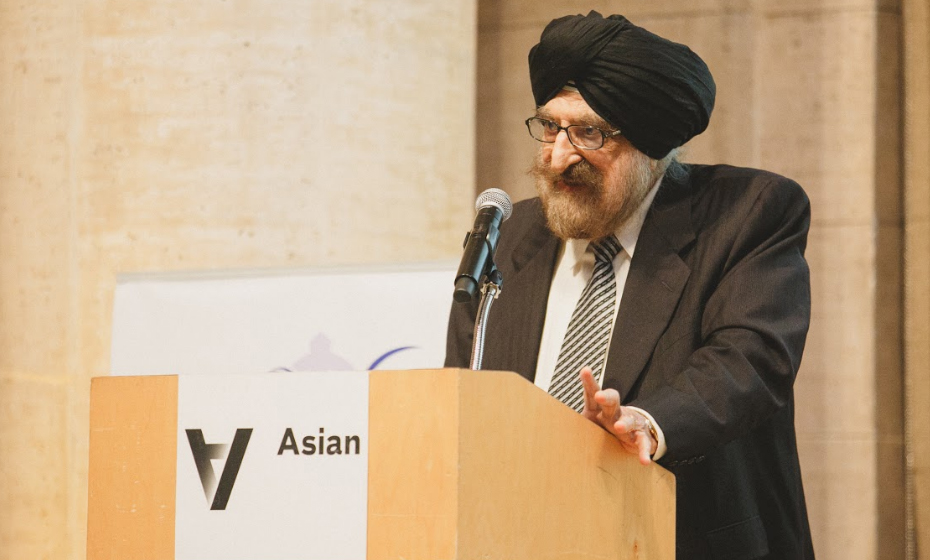 On May 5th through 7th, 2017, the Sikh Foundation International celebrated its 50th Anniversary. Guests from all over the world including Canada, United Kingdom, Europe and India gathered to celebrate and commemorate 50 years of service of the Sikh Foundation. The celebration began with a glorious Gala on May 5th at the Asian Art Museum in San Francisco, California, attended by 240 guests. Twenty students were offered free attendance and could mingle and network with guests. It was a marvelous evening that began with a tour through the Sikh Art Exhibit – SAINTS AND KINGS: ARTS, CULTURE, AND LEGACY OF THE SIKHS (the exhibit will continue through June 25, 2017). The tour was followed by cocktails and a stunning dance performance by the Dholrhythms Dance Company. An exotic Indian dinner, was served in the elegant Samsung Hall which was decorated in the most exquisite and tasteful decor.

During the dinner, the Sikh Foundation Nirbhau (which means “without fear”) Awards were given to five women who have made a huge impact in the world, all the while promoting Sikh heritage, arts, culture and religion, because, in spite of all odds – they persisted! After the awards ceremony, Hon. Harjit Singh Sajjan, the first Sikh to become Minister of Defense in Canada and a Member of Parliament, gave an inspiring keynote address, addressing the value of and the need to pay attention to our youth. Later there was a fabulous musical performance by the Raj Academy, a violin and tabla performance by Raginder Singh and Shobit Banwait, a sitar and tabla performance by Tej Anand and Jasprit Singh and another dance performance by the Dholrhythms.

Each guest left with a bag of publications, greeting cards, posters and books produced by the Sikh Foundation. The latest illustrated publication, Sikh Arts from the Kapany Collection, was the highlight of the gift bag. It describes the passion and the vision of Narinder and Satinder Kapany in assembling this unparalleled collection of great Sikh art, some of which has been displayed in exhibitions around the globe. The volume includes more than a dozen scholarly articles examining the full range of Sikh artistic expression, history and cultural life, using artworks form the Kapany collection.

The magical evening of the Gala was followed by a two-day conference at the Li Ka Shing Center at Stanford University, attended by more than 30 distinguished speakers and 200 guests. On the first day of the conference, we heard about Sikh Studies past present and future. The afternoon session featured a riveting discussion on Sikh Arts and heritage by well-known authors, historians and professors, the senior curator of the Victoria and Albert Museum, the directors of Asian History and Culture Program at the Smithsonian Institute and the Sikh Foundation. On Sunday, a variety of Sikh doctors practicing in the US spoke about the field of medicine. There was a fascinating panel discussion about public service as a role model for change by a former Parliament member and a former Planning Commission Chairman from India, a Senator from Afghanistan, and a Chairperson from the International Khalsa Council. Later five prominent Sikhs in the high technology world spoke about innovation and entrepreneurship as a driver for progress. The presentations will be available online soon.

Dr Narinder Singh Kapany, along with his wife, Satinder Kaur Kapany, is the founder and chairman of the Sikh Foundation who is also widely known as the “father of fiberoptics”.

His achievements encompass the worlds of science, business and entrepreneurship, academics, art and philanthropy. “We live in a time when it is easy to forget the value of the past,” he says. “We are surrounded by the lure of modernity and bombarded by incessant messages about the value of almost anything new. As a result, the works of our cultural and artistic heritage often languish due to the benign neglect or simple lack of attention.”

The promise of the Sikh Foundation is to somehow create an understanding of our history—of who we are—so that we can find unity through our common humanity.

Highlights of the Celebrations:

Distinguished Speakers at the conference “Advancing Sikhs with Education” Stanford University May 6-7, 2017:

Sikh Studies: Past, Present and Future

Health is the True Wealth: Perspectives from the Field of Medicine