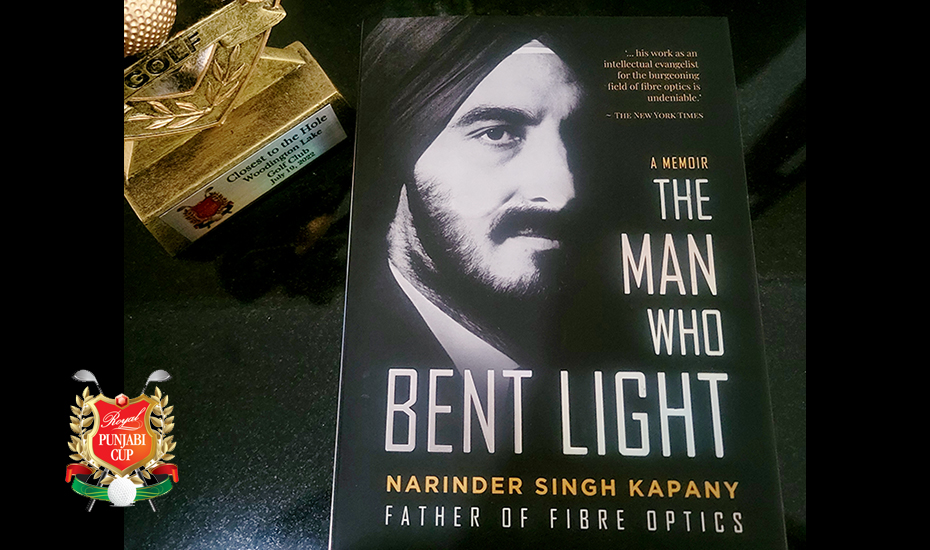 The Sikh Foundation donated 150 copies of The Man Who Bent Light by Dr. Narinder Singh Kapany to the Punjabi Golfers Association (PGA). Since 2007, the PGA has organized an annual Royal Punjabi Cup, which has slowly become one of the largest and most prominent Punjabi tournament fundraisers in Canada. This year, one hundred percent of the funds that they raised were donated to Seva Food Bank, which feeds over 1000 households per month, and Khalsa Aid.
Each year, participants are given a book that highlights Sikh values and Sikh history and this year, the PGA sent every participant home with Dr. Narinder Singh Kapany’s The Man Who Bent Light. In Sat Gosal’s speech, he honored Dr. Narinder Singh Kapany as “one of the unsung heroes of the 20th century who was a larger than life character.” By donating 150 copies of his autobiography The PGA and The Sikh Foundation hope the autobiography will educate and inspire the participants of the Royal Punjabi Cup.
Read More about the PGA