Royals and Rebels: The Rise and Fall of the Sikh Empire – By Priya Atwal 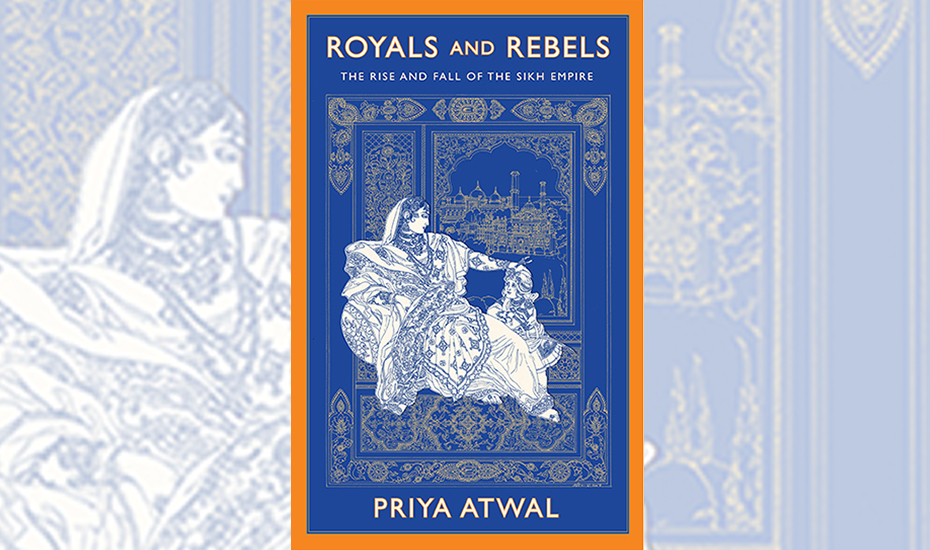 A dazzling history of the powerful women and men who forged a dynasty to rival the Mughals and the British.

In late-eighteenth-century India, the glory of the Mughal emperors was fading, and ambitious newcomers seized power, changing the political map forever. Enter the legendary Maharajah Ranjit Singh, whose Sikh Empire stretched throughout northwestern India into Afghanistan and Tibet.

Priya Atwal shines fresh light on this long-lost kingdom, looking beyond its founding father to restore the queens and princes to the story of this empire’s spectacular rise and fall. She brings to life a self-made ruling family, inventively fusing Sikh, Mughal and European ideas of power, but eventually succumbing to gendered family politics, as the Sikh Empire fell to its great rival in the new India: the British.

Royals and Rebels is a fascinating tale of family, royalty and the fluidity of power, set in a dramatic global era when new stars rose and upstart empires clashed.

Priya Atwal is a historian of empire, monarchy and cultural politics across Britain and South Asia. She has taught History at King’s College London and Oxford, where she obtained her doctorate. Her research has been featured in collaborative projects with Historic Royal Palaces, among others; and she makes regular broadcast appearances, most recently presenting the BBC Radio 4 series, Lies My Teacher Told Me. She tweets @priyaatwal.

‘Priya Atwal’s lyrical and authoritative retelling will ensure that this fascinating bit of history commands the attention it deserves.’ — Dan Snow, historian and broadcaster

‘A wonderfully vivid appraisal of a fascinating period of Indian history. Atwal’s work is serious and captivating. A welcome new voice, with much to teach us.’ — Anita Anand, broadcaster and author of The Patient Assassin, Sophia, and Koh-i-Noor

‘I wish all histories were written like this one. Priya Atwal blasts through centuries of Orientalist and misogynist history to shed brilliant new light on women in the high politics of empire. A thrilling, richly detailed and important book.’ — Hannah Jewell, pop culture host, The Washington Post, and author of 100 Nasty Women of History

‘Gripping! A dramatic tale of the Sikh Empire taking on the British, especially its forgotten but influential queens and princes. A new history that marvellously expands the horizons of our knowledge.’ — Shashi Tharoor, Indian MP and author of Inglorious Empire

‘A wonderfully engaging, intimate history of India’s Sikh Empire, accompanied by previously unseen images of the Sikh court. We meet the extraordinary women and men who shaped its culture, and established their own remarkable relationships with Britain’s royal family.’ — Rosalind O’Hanlon, Professor of Indian History and Culture, University of Oxford

‘A path-breaking, thought-provoking and highly original study that will reign supreme over literature on the Sikh Kingdom. This ambitious and compelling book will inspire both scholars and general audiences even fifty years from now.’ — Pashaura Singh, Distinguished Professor and J.S. Saini Chair in Sikh Studies, University of California, Riverside